Villa MariannaDetached villa with pool To Rent in Camaiore Camaiore

Charming villa for rent situated on a hill of Camaiore, Versilia coast, completely immersed in nature: pine, walnut, chestnut and olive trees represent its frame.
The way to reach the house comprehends the provincial road connecting Camaiore with Viareggio and Lucca and, at the ending part of it, a private road that cut into the wood.
The house is isolated and in complete silence. Some other houses are one hundreds meters away on hills’ tops.
The house is composed as follows:
four bedrooms:
three double bedrooms and one double with possibility of two spare beds for children;
three bathrooms:
one main bathroom with bathtub and two bathrooms with shower box;
the kitchen, fully furnished, is in an open space comprehending the dining room and the living room at the ground floor of the house.
The garden is accessible from every floor of the house.
During the summer is delightful to have diner on the veranda to enjoy the evening coolness coming from the wood.
For the ones who love to cook and want to prepare pizzas an external oven, and the wood needed, is at disposal.
All in all, the house offers an unusual, rich and comfortable holiday for nine persons.
A swimming pool, now under construction, will be situated in the garden in summer 2009. A simulation of the project is shown in the picture.
The house is surrounded by 3000 squared meters of garden, proper greens, olive trees and fruit trees; during holiday season it’s possible to pick directly from his tree, depending on the month: cherries, apricots, apples, pears, peaches, figs and kakis. It is possible to host domestic animals inside the fence; they will be safe while their masters are away of the house.
Outside the fence it is possible to wonder trough the surrounding hills walking or biking or riding a horse along beautiful paths. The Alpi Apuane paths are few kilometres away and reachable by car; from there some spot are at reach from which the landscape of entire Versilia and the Tirreno coast, from the La Spezia gulf until the port of Livorno, lies under your eyes.
Versilia’s sea and beaches. Tuscany’s historic cities. Shops and services
The holidays House is 10 kilometres, i.e. 15 minutes away from Viareggio’s and Forte dei Marmi’s beaches and all the night life, entertainment and show facilities of the Versilia coast. 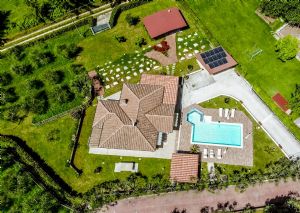 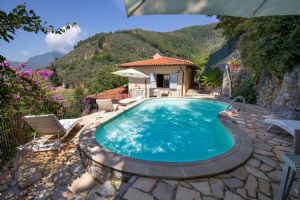 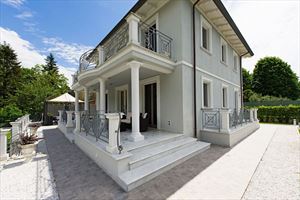 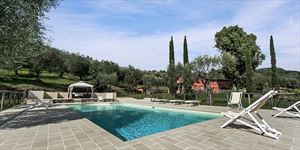 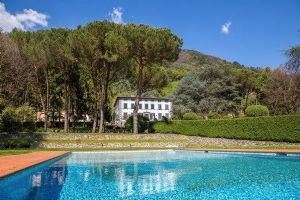 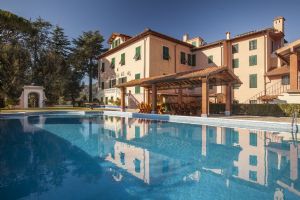 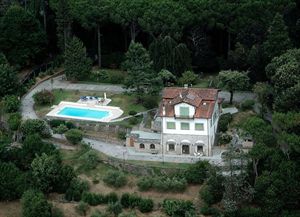 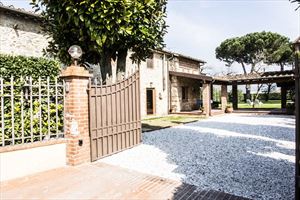 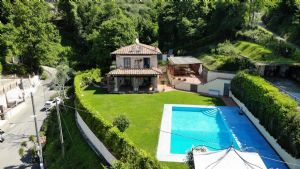 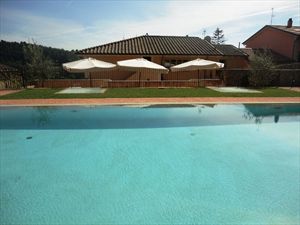 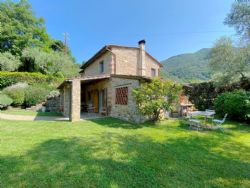 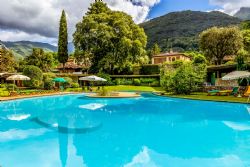 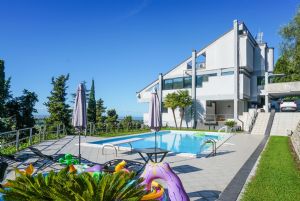 for sale
Villa Best ViewSplendid Detached Villa with a 12 x 7 x 2.5 meter deep swimming pool and a wonderful panoramic and sea view and 3500 meters of park, located on four levels, three of which above ground and a cellar with access from the outside, so arranged : View details Camaiorevista mare

to rent
Villa CherryLuxury and enchanting villa with pool for rent built on the hills of Camaiore, wrapped by the natural environment of the olive and fruit tree's lands. View details CamaiorePieve di Camaiore 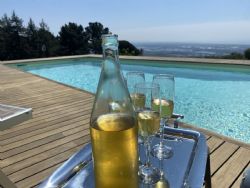 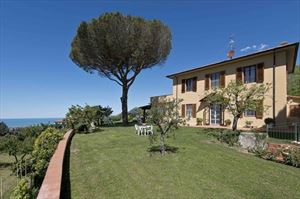 to rent and for sale
Villa Vineyard 2Immersed in the greenery, in the privacy and tranquility of Camaiore's hills, wonderful Twentieth Century Villa with swimming pool and breathtaking views of Lake Massaciuccoli and the sea View details Camaiore 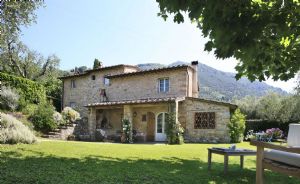 to rent
Villa Antico UlivetoWonderful detached Villa with swimming pool and large park with olive grove, surrounded by greenery and in the total privacy and tranquility of the Camaiore's hills, on two levels above ground and arranged as follows: View details Camaiore